Energy from the sea – Danish Offshore in the North Sea

Join us on a trip on the North Sea!

A visit to one of the Danish platforms on the North Sea is practically out of the question for anyone who does not work there. The same applies to the big offshore wind farms that have appeared in Danish territorial waters since 2000. Now the Fisheries and Maritime Museum’s new exhibition opens the door into a fascinating world that only a few have been able to experience.

The exhibition “Energy from the Sea – Danish offshore in the North Sea” takes you to the platforms out at sea, beneath the platforms on the sea bed, deep below ground level and up into the air, where the North Sea can be viewed from a helicopter. Here we unveil a part of Denmark that is normally hidden from the public eye, but all-important. We show you how oil, gas and wind power are produced and used to keep Denmark running today.

The “Energy from the Sea – Danish Offshore in the North Sea” exhibition was created with the help of a generous donation from the A.P. Møller Foundation. The exhibition opened on 8 September 2016. 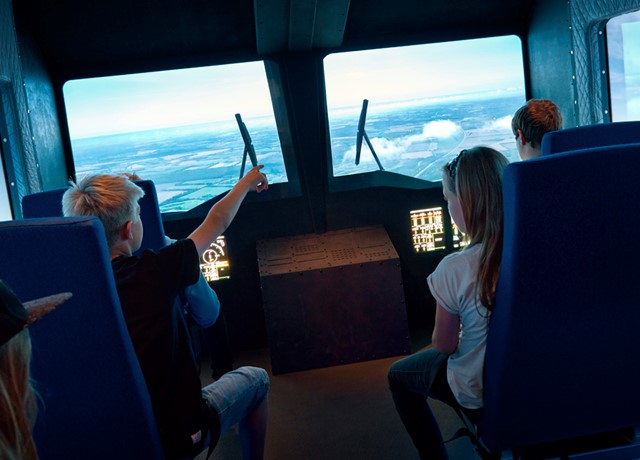 The history of the Danish offshore industries is one of the Fisheries and Maritime Museum’s areas of responsibility. ‘Offshore’ means ‘away from the coast’, and refers to (territorial) waters out at sea. It is used in relation to energy production activities at sea, including oil and gas extraction from platforms as well as wind farms.

Offshore activity in the North Sea is an integral part of the museum’s research and collection programme.

Read more about the history of the offshore sector here